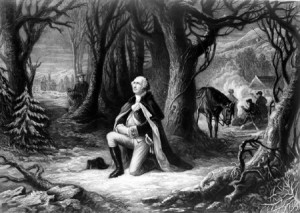 From Anthony:  What a joy to celebrate the great freedoms we now share on this 4th of July! Amazing to discover that in the minds of early Patriots, the 4th of July signified a religious holiday like Christmas. To many of the followers of Jesus Christ, who by The Grace of Almighty God, had helped form this nation of ours, God who became Man had granted us freedom of knowing God and becoming like Christ; and the brave men and women who had sacrificed their lives for our freedom, had done so with their faith in God to grant us the gift by His Grace of a free nation.

On July 2, 1776, Congress approved complete separation from Great Britain.  On July 4th, John Hancock, President of Congress and Charles Thompson, Secretary of Congress, signed the early draft of The Declaration of Independence. On July 8th, the document was read aloud in Philadelphia when The Liberty Bell with the inscription from Lev. 25:10″ Proclaim liberty throughout the land and to all the inhabitants thereof” was rung.

The day Congress approved The Declaration of Independence, John Adams wrote to Abigail that this day ”ought to be commemorated as the day of deliverance by solemn acts of devotion to God Almighty.” and he also foresaw us celebrating our independence by God’s Grace as he wrote: “This day will be the most memorable epic in the history of America. I am apt to believe that it will be celebrated by succeeding generations as the great anniversary festival.”

Thanks to another fantastic article from David Barton, we discover from the annals of history, an amazing speech by John Quincy Adams whereby he asked: Why is it that, next to the birthday of the Savior of the world, your most joyous and most venerated festival returns on the Fourth of July? His answer:

“Is it not that, in the chain of human events, the birthday of the nation is indissolubly linked with the birthday of the Savior? That it forms a leading event in the progress of the Gospel dispensation? Is it not that the Declaration of Independence first organized the social compact on the foundation of the Redeemer’s mission upon earth? That it laid the cornerstone of human government upon the first precepts of Christianity?”

According to John Quincy Adams, Christmas and the Fourth of July were intrinsically connected. On the Fourth of July, the Founders simply took the precepts of Christ which came into the world through His birth (Christmas) and incorporated those principles into civil government.