The light in the night*. That is what Lucy of Fatima saw as the divine sign that mankind had not responded to my pleas for the Five First Saturday’s

devotion. The pleas were made, but they fell on deaf ears, even among those in the Church.

What sorrow she experienced on that night. She, before anyone else, knew that war, on an unprecedented scale, would soon break out again. The fires of evil
had not been dismantled by the power of prayer, especially the rosary.

This was my clear teaching at Fatima. I repeat. Wars and every destruction of man against man can be averted by the rosary. This is the prayer of peace
which I have placed in the hands of my Church.

So, I will speak again. Wars and destruction, great wars and enormous destruction lie ahead but all can be averted if my Church takes the rosary into its
hands.

O reader, do not wait for the Church. Take up your own rosary and let your family take up its rosary. Every single bead is a step to true world peace.

Comment:
Nothing could be clearer. We have an option – the rosary or war.

* Anyone can check the facts. On the night of January 25/26, 1938, a light (called by scientists an “aurea borealis”), lit up the sky of Europe. Our
Lady had told Lucy that when she saw such a light, the war would begin. 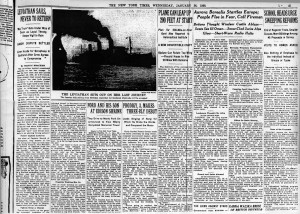 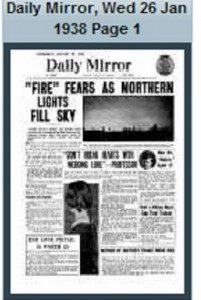