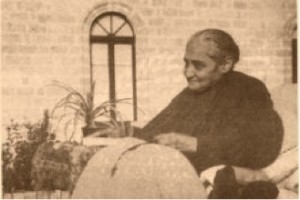 The Servant of God Luisa Piccarreta was born in Corato in the Province of Bari, on April 23 A.D.1865 and died there in the odor of sanctity on March 4 A.D. 1947. For four days her mortal remains were exposed for the veneration of an immense throng of the faithful, including over forty priests, who went to her house to have a last look at Luisa the Saint, so dear to their hearts.

One day Luisa asked the confessor permission to suffer in bed for a certain time, about forty days. “If this is the Will of God, stay”, Don Michele said; but the bed was never again abandoned by Luisa, who was then, in 1888, 23 years old, and remained, always sitting, nailed to the bed, for the fifty-nine years until her death, which occurred on March 4, 1947.

Luisa started writing Volumes I and II from Feb 28, to Oct 30 A.D. 1899 and the final Volume XXXVI from Apr 12 to Dec 28 A.D. 1938 – a period of forty years. September 1939 was the start of WWII. Rosaria Bucci, “Luisa’s faithful and silent confidant”, who lived with her and assisted her for forty years. On October 7 A.D. 1928, (forty years after the gift of the Divine Will in September 8, 1889), when the house of the sisters of the Congregation of Divine Zeal in Corato was ready, Luisa was taken to the convent in accordance with the wishes of Saint Annibal. Blessed Annibal had already died in the odor of sanctity in Messina. In 1938, a tremendous storm was unleashed upon Luisa Piccarreta: she was publicly disowned by Rome and her books were put on the Index. At the publication of the condemnation by the Holy Office, she immediately submitted to the authority of the Church. A priest was sent from Rome by the ecclesiastical authorities, who asked her for all her manuscripts, which Luisa handed over promptly and without a fuss. Thus all her writings were hidden away in the secrecy of the Holy Office. On October 7 A.D. 1938, because of orders from above, Luisa was obliged to leave the convent and find a new place to live. She spent the last nine years of her life in a house in Via Maddalena, a place which the elderly of Corato know well and from where, on March 8 A.D. 1947, they saw her body carried out.
Forty days after Luisa’s death, on April 12, 1947, the Virgin of the Revelation appeared to Bruno Cornacchiola in the Roman Apparition of Tre Fontane.

…Now there will be an exchange: if Jerusalem gave to Rome the life of religion and therefore of Redemption, Rome will give to Jerusalem the Kingdom of the Divine Will. This is so true, that just as I chose a Virgin from the little town of 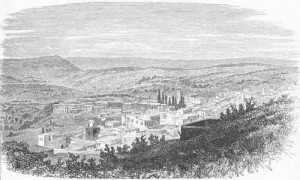 Nazareth for the Redemption, so I have chosen another virgin in a little town of Italy belonging to Rome, to whom the mission of the Kingdom of the Divine Fiat has been entrusted. And since this must be known in Rome just as my coming upon earth was known in Jerusalem, Rome will have the great honor of requiting Jerusalem for the great gift received from her, which is Redemption, by making known to her the Kingdom of my Will. Then will Jerusalem repent of her ingratitude, and will embrace the life of the religion which she gave to Rome; and, grateful, she will receive from Rome the life and the great gift of the Kingdom of my Divine Will. And not only Jerusalem, but all of the other nations will receive from Rome the great gift of the Kingdom of my Fiat, the first criers of It, Its gospel – all full of peace, of happiness and of restoration of the creation of man. And not only will my manifestations bring sanctity, joys, peace and happiness, but the whole of Creation, competing with them, will unleash from each created thing each of the happinesses It contains, and will pour them upon the creatures.
1967 (Forty years after Luisa entered the Congregation of Divine Will in Corato in 1928) the holy city of Jerusalem was restored to Jewish control for the first time in almost 2,000 years, a sign that the time of the Gentiles was coming close to fulfillment and that the Kingdom of God on earth was at hand. In the United States the Rogationists established their first community in 1967 assuming parish work in Mendota, California. Forty years after 1967 on March 7th A.D. 2006 three days after the 59th anniversary of Luisa’s passage to Heaven Luisa’s cause was officially opened in Rome. Nov 20 A.D. 1994 – Feast of Christ the King: Archbishop Cassati officially opened the beatification cause of the Servant of God Luisa Piccarreta in the principal church of Corato. The year 2033 will follow 40 years after the opening of Luisa’s cause and two-thousand years after the death and resurrection of our Lord Jesus Christ and the first Pentecost.

Pray for a second Pentecost!