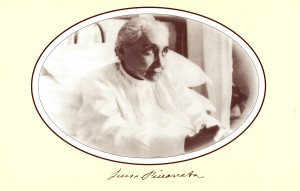 My name is Marta.

Marcos, my husband’s cousin, at the end of December 2019, at the age of 54, was diagnosed with cancer at a very advanced stage. It was less than one month between receiving the diagnosis and his final days on earth.  When Marcos was diagnosed, the doctor already alerted the family that there was nothing else that could be done; the cancer had already spread to the head, pancreas, liver and spleen. Since the doctor had not discovered the disease earlier, there was no treatment that would benefit Marcos and he was admitted to the Santa Casa de Misericórdia Hospital in Valinhos, São Paulo. Family and friends would visit him already knowing his serious health condition.
In the afternoon of Saturday, January 18, 2020, Marcos’ health status worsened rapidly. His breathing was very slow; they put him on oxygen and started giving him morphine. A priest was called to give the anointing of the sick but an aunt, who was present, thought it was unnecessary, (probably because she was unaware of his serious situation).
On Sunday afternoon, January 19, 2020, at 3 pm, I took my husband to the hospital to stay as Marcos’ companion for that hour. I wanted to go in and pray the Chaplet of Divine Mercy, but my husband thought it would not be possible, as there were many people wanting to go in and see him. So, I said the Chaplet of Divine Mercy at home and decided to take the holy oil and the relic of Servant of God, Luisa Piccarreta, to the hospital to place it on Marcos.
When I arrived at the hospital, my sister-in-law, who had been in the room with Marcos, came out in desperation saying that Marcos was very distressed and agitated, (although he had already taken morphine) and he was saying:  “I need to go … help!”
My sister-in-law said to me:  Marta, for God’s sake, what do I do?
At that moment, I remembered that I had the holy oil and the relic of Servant of God, Luisa Piccarreta. I gave them to my sister-in-law and asked her to go in and anoint him, and place the relic card on his chest.
She went back in the room.  There were two of Marcos’ cousins in the room who watched as my sister-in-law started anointing him and placing the relic on his chest.
In an instant, Marcos calmed down and said:  “I’m ready. I’m going. I love you all.”
He closed his eyes and remained so calm, until the priest arrived at 4:30pm who administered the anointing of the sick to him. The priest left and my husband remained in the room.
At 5:30 pm, my husband said that Marcos passed away peacefully. His little heart became weak and stopped slowly; it appeared as if he were sleeping. The passage was very smooth. The holy oil and the relic of Servant of God, Luisa Piccarreta, brought comfort and peace — like a miracle — for Marcos who had been agonizing on his deathbed. Thank you, my Father God!  Infinite Thanks!