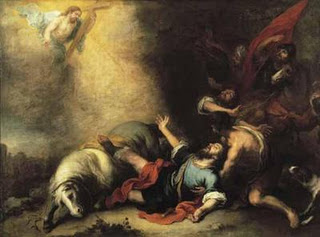 St. Paul was a Jew of the tribe of Benjamin and a zealous Pharisee.  St. Paul did not belong to the original group of the twelve apostles, but through his apostolic labors, his dedication, his superhuman sacrifices, and his sufferings in the service of Christ, he received the title, along with Peter, of the First Apostle.  He is the only one of the Apostles who was highly educated and was by birth a Roman citizen.  While Paul was on his way to Damascus, Christ Himself converted him in a miraculous manner and called him to be an Apostle.  After his conversion, from being a persecutor of Christians he became, in heart and soul, a zealous and courageous apostle of Christ.

“Paul was a wolf,” says St. Chrysostom, “But he became a lamb.  He was a thorn, but he became a fruitful vine.  From an enemy, he became a friend; from a weed, he became wholesome bread… The blasphemer b became a theologian; the persecutor, a herald of good news; the tormentor—a leader; the traitor—a fellow-champion.”

In his apostolic work, St. Paul distinguished himself as a man of uncompromising character, remarkable strength of will and fervent spirit.  For many years, he fearlessly preached the Gospel of Jesus Christ day and night.  His unlimited love for Christ knew no obstacles, recognized no difficulties, and placed no limit to sacrifice.  His love impelled him to undertake great missionary journeys and to establish new Churches; he was always ready to suffer and die for Christ.

The apostle of the Gentiles was not only an excellent preacher and a good organizer, but also an eminent theologian and writer.  From him we have fourteen letters addressed to various Chruches or persons in which he clearly expounds the teaching of Christ.  St. Paul gave up his life for Christ.  According to tradition, he died by the sword in Rome on June 29, 65 or 67 A.D. 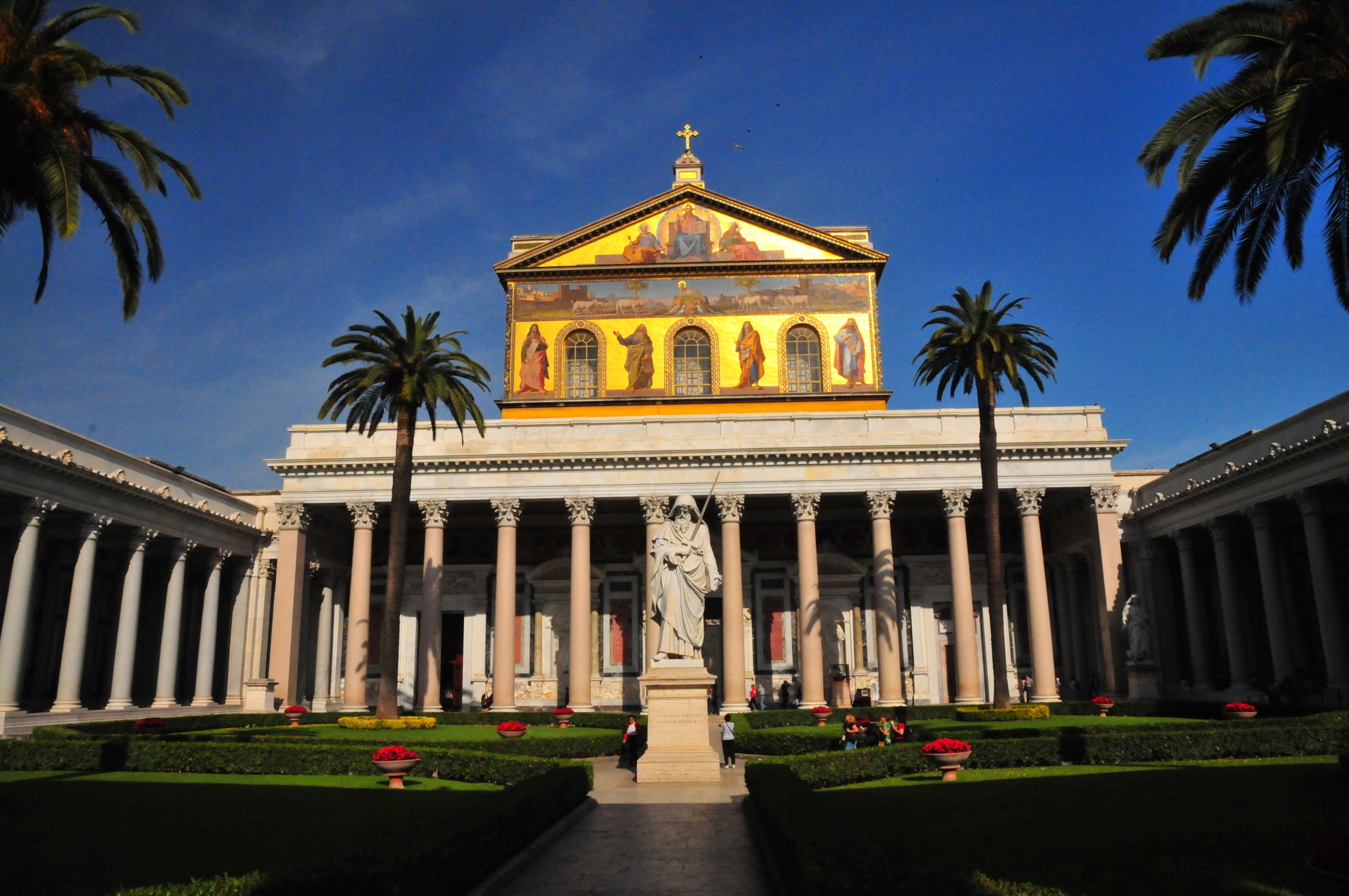 Basilica of St. Paul outside the walls of Rome

Acts of Apostles 9:4
And falling on the ground, he (Saul, later named Paul) heard a voice saying to him:
Saul, Saul, why persecutest thou Me?

Acts of Apostles 9:8
And Saul arose from the ground; and when his eyes were opened, he saw nothing.
But they leading him by the hands, brought him to Damascus.

Acts of Apostles 9:11
And the Lord said to him (Ananias): Arise, and go into the street that is called Strait,
and seek in the house of Judas, one named Saul of Tarsus. For behold he prayeth.

Acts Of Apostles 9:17
And Ananias went his way, and entered into the house. And laying his hands upon him,
he said: Brother Saul, the Lord Jesus hath sent me, He that appeared to thee in the way as thou camest; that thou mayest receive thy sight, and be filled with the Holy Spirit.

The privation of Jesus is the greatest of all pains.

Going through most bitter days, I was lamenting to Our Lord, saying: “How cruelly You have left me! You told me that You had chosen me as your little daughter, that You would keep me always in your arms – and now? You have thrown me to the ground, and instead of a little daughter, I see that You have changed me into a little martyr; but even though little, my martyrdom is just as cruel and harsh, bitter and intense.”

While I was saying this, He moved in my interior and told me: “My daughter, you are mistaken – my Will is not to make you a little martyr, but a great martyr. If I give you the strength to bear my privation with patience and resignation – which is the most painful and most bitter thing that can be found, and there is no other pain that equals it or resembles it either in Heaven or on earth – is this not heroism of patience and the ultimate degree of love, compared to which, all other loves remain behind, are almost nullified, and there is nothing that can compare to it or stand before it? Is this not, then, great martyrdom? You say that you are a little martyr because you feel you do not suffer so much. It is not that you do not suffer, but it is the martyrdom of my privation that absorbs your other pains, making them even disappear. In fact, in thinking that you are without Me, you neither bother about nor pay attention to your other sufferings; and by not paying attention to them, you reach the point of not feeling their weight, therefore you say you do not suffer.

And then, I (Jesus) have not thrown you (Luisa) to the ground; rather, I (Jesus) keep you (Luisa) more than ever clasped in My arms. Even more, I (Jesus) tell you (Luisa) that if to Paul I (Jesus) gave My efficacious grace at the beginning of his conversion, to you (Luisa) I (Jesus) give it almost continually – and this is the sign of it: that you continue in your interior everything that you used to do when I was with you almost continually – doing what now you seem to do by yourself. Your feeling all immersed in Me and bound to Me, always thinking of Me even though you do not see Me – this is not your own thing, nor an ordinary grace, but special and efficacious grace. And if I give you much, it is a sign that I love you much, and I want to be loved much by you.”