The focus of this Season is the Cross and penance as we meditate on Christ’s Passion and await the triumph of Easter. We fast, abstain, mortify the flesh, give alms, and think more of charitable works.

One way to make this Lent a most special spiritual journey is by the meditation on the book “The Twenty-Four Hours of the Passion” by by Servant of God Luisa Piccarreta, Little Daughter of the Divine Will. 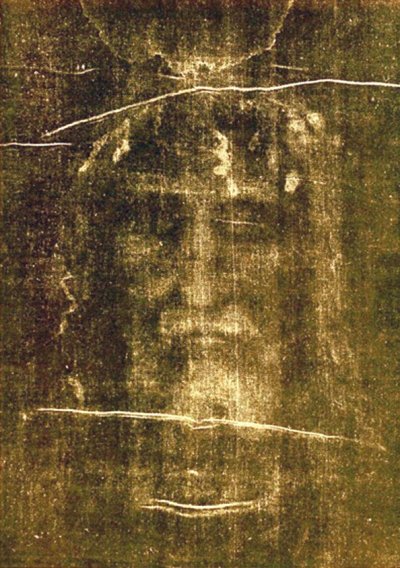 Book of Heaven
The Call of the Creature to the Order, the Place and the Purpose
for which He was Created by God
Volume 1

Sometimes, then, He (Jesus) would bring me (Luisa) into churches, and even there my good Jesus was offended. Oh! how awfully those works reached His Heart – holy works, yes, but done roughly; those prayers empty of interior spirit, that piety, false, apparent, which seemed to give more insult than honor to Jesus. Ah! yes, that holy, pure, upright Heart could not receive those works, done so badly. Oh! how many times He lamented, saying: “Daughter, see how many offenses I receive, even from those people who are said to be devout – even in the holiest places. In receiving the very Sacraments, instead of coming out purified, they come out dirtier.”

Ah! yes, how much pain it was for Jesus to see people receiving Communion sacrilegiously, priests celebrating the Holy Sacrifice of the Mass in mortal sin, out of habit, and some – it is a horror to say it – even out of self-interest. Oh! how many times my Jesus made me see these scenes so sorrowful. How many times, while the priest was celebrating the Sacrosanct Mystery, Jesus is forced to go into his hands, because He is called by the priestly authority. One could see those hands dripping with rot, blood, or smeared with mud. Oh! how pitiful then, was the state of Jesus, so holy, so pure, in those hands which were horrifying to the mere sight. It seemed He wanted to escape from between those hands, but He was forced to stay until the species of bread and wine would be consumed.

Sometimes, while remaining there with the priest, He would come hurriedly to me, all lamenting, and before I could say it, He Himself would say to me: “Daughter, let Me pour it into you, for I cannot take anymore. Have pity on My state, which is too sorrowful – have patience, let us suffer together.” And while saying this, He would pour from His mouth into mine. But who can tell what He poured? It seemed to be a bitter poison, a fetid rot, mixed with a food so hard, disgusting and nauseating, that sometimes it would not go down. Who can tell, then, the sufferings that this pouring of Jesus produced? If He Himself had not sustained me, I certainly would have died; yet, He would pour in me but the smallest part – what would it be for Jesus, who contained tons upon tons of it? Oh! how awful is sin! Ah! Lord, let everyone know it, so that all may flee from this monster so horrible. But while I would see these scenes so sorrowful, other times, He would also make me see scenes so consoling and beautiful as to be enrapturing; and this was to see good and holy priests celebrating the Sacrosanct Mysteries. Oh God! how high, great, sublime is their ministry. How beautiful it was to see the priest celebrating Mass, and Jesus transformed into him. It seemed that it was not the priest, but Jesus Himself that celebrated the Divine Sacrifice, and sometimes He would make the priest disappear completely, and Jesus alone would celebrate Mass – and I would listen to Him. Oh! how touching it was to see Jesus recite those prayers, do all those ceremonies and movements that the priest does. Who can tell how consoling it was for me to see these Masses together with Jesus? How many graces I received, how much light, how many things I comprehended! But since these are past things, I don’t remember them too clearly, so I keep silent.

But as I am saying this, Jesus has moved in my interior and has called me – He doesn’t want me to do so. Ah! Lord, how much patience it takes with You. Well then, I will content You. Oh! sweet Love, I will say a few little things, but give me your grace to be able to manifest them, because, by myself, I would not dare to utter one word about mysteries so profound and sublime.

Now, while seeing Jesus or the priest celebrating the Divine Sacrifice, Jesus would make me understand that in the Mass there is all the depth of our sacrosanct religion. Ah! yes, the Mass tells us everything and speaks to us about everything. The Mass reminds us of our redemption; It speaks to us, step by step, about the pains that Jesus suffered for us; It also manifests to us His immense love, for He was not content with dying on the Cross, but He wanted to continue His state of victim in the Most Holy Eucharist. The Mass also tells us that our bodies, decayed, reduced to ashes by death, will rise again on the day of the judgment, together with Christ, to immortal and glorious life. Jesus made me comprehend that the most consoling thing for a Christian, and the highest and most sublime mysteries of our holy religion are: Jesus in the Sacrament and the resurrection of our bodies to glory. These are profound mysteries, which we will comprehend only beyond the stars; but Jesus in the Sacrament makes us almost touch them with our own hands, in different ways. First, His Resurrection; second, His state of annihilation under those species, though it is certain that Jesus is there present, alive and real. Then, once those species are consumed, His real presence no longer exists. And as the species are consecrated again, He comes again to assume His sacramental state. So, Jesus in the Sacrament reminds us of the resurrection of our bodies to glory: just as Jesus, when His sacramental state ceases resides in the womb of God, His Father, the same for us – when our lives cease, our souls go and make their dwelling in Heaven, in the womb of God, while are bodies are consumed. So, one can say that they will no longer exist; but then, with a prodigy of the omnipotence of God, our bodies will acquire new life, and uniting with the soul, will go together to enjoy the eternal beatitude. Can there be anything more consoling for a human heart than the fact that not only the soul, but also the body will be beatified in the eternal contentments? It seems to me that on that day it will happen as when the sky is starry and the sun comes out. What happens? With its immense light, the sun absorbs the stars and makes them disappear; yet the stars exist. The sun is God, and all of the blessed souls are the stars; with His immense light, God will absorb us all within Himself, in such a way that we will exist in God and will swim in the immense sea of God. Oh! how many things Jesus in the Sacrament tells us; but who can tell them all? I would really be too long. If the Lord allows it, I will reserve saying something else on other occasions.